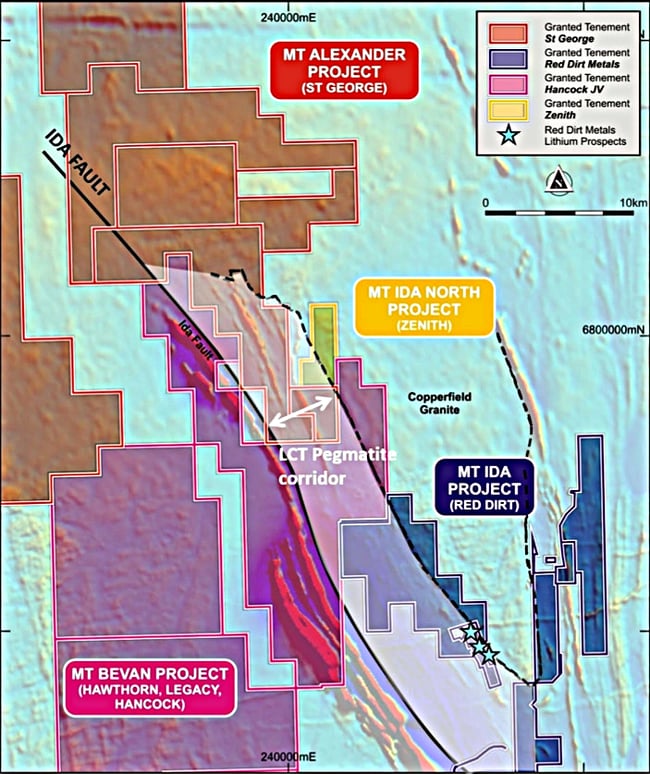 St George Mining has started RC drilling at its Mt Alexander Project to test below numerous widespread pegmatite dykes, which are highly prospective for lithium mineralisation.

Earlier this month the company announced lithium in rock chips up to 2.7 per cent at the flagship Mt Alexander nickel tenements in WA.

Notably, these high-grade lithium results occur within several stacked pegmatite dykes up to 1.7km long and 1.4km wide, named the Jailbreak prospect, which will be the initial focus of the program.

St George (ASX:SGQ) says the pegmatites are interpreted to have a similar geological setting to lithium-bearing pegmatites at the nearby Mt Ida Project of Red Dirt Metals (ASX:RDT), where a significant lithium resource of 12.7Mt @ 1.2 per cent Li2O was recently announced.

“This initial phase of drilling will provide St George with an opportunity to potentially make a greenfields discovery within what is emerging as a significant lithium province,” he said.

“Prospective pegmatites have been mapped over a wide area within a north-south corridor adjacent to the Copperfield Granite and extending approximately 15km along St George’s tenements.

“This scale, together with the grades we are seeing in the outcrops sampled to date, provides encouragement for the potential for a large lithium system at Mt Alexander.”

In addition to the RC drill program, a diamond rig is scheduled to arrive at site in the first week of November and will initially test high-priority targets considered prospective for nickel, then follow up lithium-bearing pegmatites confirmed by RC drilling.

“The initial focus of drilling is on the Jailbreak Prospect, where high-grade lithium observed in outcropping pegmatites has been confirmed by rock chip assays,” Prineas said.

“The first phase of drilling will test a number of east-west trending pegmatite dykes within this zone.

“Once the diamond rig arrives in coming weeks, we will incorporate the results from the RC drilling to prioritise diamond hole follow-ups – alongside testing some of our priority nickel targets.”

Combined RC and diamond drilling will continue throughout November with approximately 3,500m planned in this initial phase.

Further north of Mt Alexander and situated adjacent to the Mt Ida fault, the large Kathleen Valley lithium deposit of Liontown Resources (ASX:LTR) is in development. 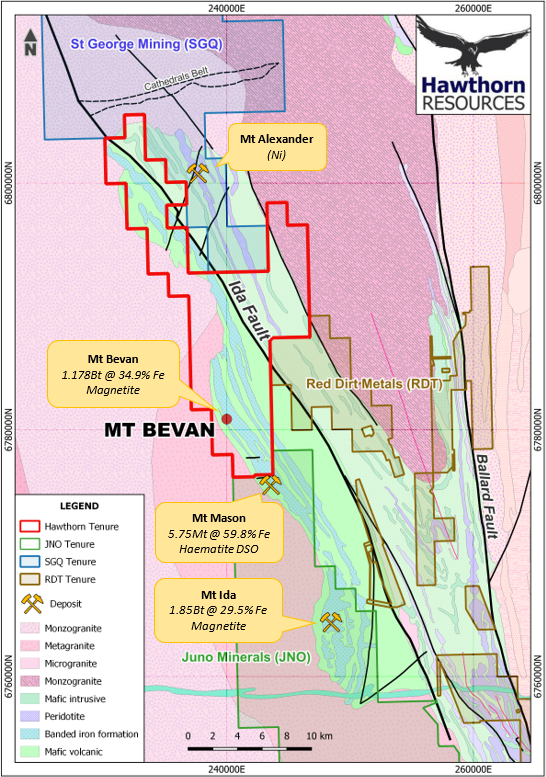