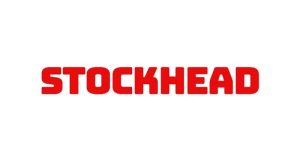 Here are the biggest small cap resources winners in early trade, Tuesday May 3.

This is a good neighbourhood. The 14,000-acre project surrounds the ‘Bonnie Claire’ project (host to one of North America’s largest lithium resources at 18.3Mt LCE), is 70km from Albermarle’s ‘Clayton Valley’ mine (the only producing lithium mine in the US) and 330km from Tesla’s Gigafactory.

A soil sampling program will kick off in June, to be followed by drilling in Q3.

“The electric revolution is just getting started, with increased demand for lithium to be a feature of the world’s economy for many years to come,” MMG chairman Peretz Schapiro says.

“Through development of the Scotty Lithium Project as well as continuing to seek out additional accretive acquisitions, MMG intends to become a significant player in the lithium market.”

JV partners LCY and HAW cemented a deal with a subsidiary of billionaire Gina Rinehart’s Hancock Prospecting, which shelled out an initial $9m to earn into the ‘Mt Bevan’ iron ore project in WA.

While magnetite iron ore resources are lower grade than hematite in the ground, they can be concentrated into a higher-grade product which fetch higher prices.

This initial investment of $9m gives Hancock a 30% interest in Mt Bevan, with $8m cash being paid to LCY and HAW in proportion to their interest in the project (Legacy $4.8m and Hawthorn $3.2m).

The remaining $1m will be working capital.

LCY will hold 42% and HAW will hold 28% upon completion of the initial investment.

Hancock can earn an additional 21% by funding the completion of a pre-feasibility study (PFS), a detailed look at whether the project is economic to build.

On Thursday 14th April 2022, the first JV committee meeting was held during which the key objectives of the Mt Bevan PFS were agreed, LCY says.

The meeting also approved an initial budget for the PFS and the commencement of work, which is forecast to conclude in Q1 2024.

This intersection is not true thickness, the company says, which is always the width of the vein/orebody etc at its narrowest point.

Resource modelling suggests the true thickness on mineralisation in this area is about 55m. Still excellent.

This ongoing drilling program was designed to increase confidence in the existing resource (infill drilling), as well as extended mineralisation to the south (extensional drilling).

MTC has an exploration target of between 2.2Moz and 5.1Moz of gold eq, which is in addition to the existing resource.

A scoping study – the first proper look at the economics of building a project — is due out this quarter.

MTC plans to use a cyanide-free gold recovery process at Sturec.

Cyanide leaching — toxic and environmentally unfriendly for obvious reasons — remains the industry standard because it is a proven, cheap method which delivers maximum gold recovery from low-grade and some refractory (ultra-fine gold particles) ores.

Slovakia implemented a gold cyanidation ban in 2014, which discouraged the previous owners of Sturec from developing the project further, MTC says.